Last month I embarked on a solo camping trip up in Washington’s Olympic Peninsula. I had heard that the Olympic National Forest was beautiful, but had never ventured out that way before.

After doing some research I decided to head to Wynoochee Lake – it looked like a good spot for kayaking, and it was only 3-4 hours from Portland. The reservable spots at the campsite were all taken, but I went anyway in the hope that I’d be able to score one of the first-come sites at Coho Campground as long as I arrived early enough in the day on Friday; the camp has about a dozen first-come sites available.

Fortunately I got lucky – when I arrived at the campground in the mid-afternoon, two sites were still free. The campsite was pretty deluxe by my standards: it had running water, flush toilets, a full-time camp-host, and a boat ramp to launch from. And the lake itself did not disappoint.

I took “Yuki”, our retro Japanese camper van, on the trip. Since buying it at the beginning of the year, Laurel and I have been gradually adding new gadgets. Now the van has a set of kayak racks, a fold-out awning, and a powered cooler, which makes for a pretty comfortable home base for a few days.

I could have probably done ok just “boondocking” in a clear area on the public lands nearby, but it’s nice to have access to a restroom and running water. It’s certainly nice to have the option, however.

The main attraction was the lake itself, of course. On Saturday I spent several hours kayaking around. I had the lake almost completely to myself in the morning, which was amazing. Later in the day there were some motorized craft but it was still fairly quiet. The lake is quiet large and it looked like there was a pretty good boondocking site on the eastern beach opposite the campground.

There are some other parts of the Olympic Peninsula I’d like to explore (Quinault Lake, Lake Crescent, and the little coastal towns on the western side), but this spot is certainly nice enough to justify a return trip on its own. 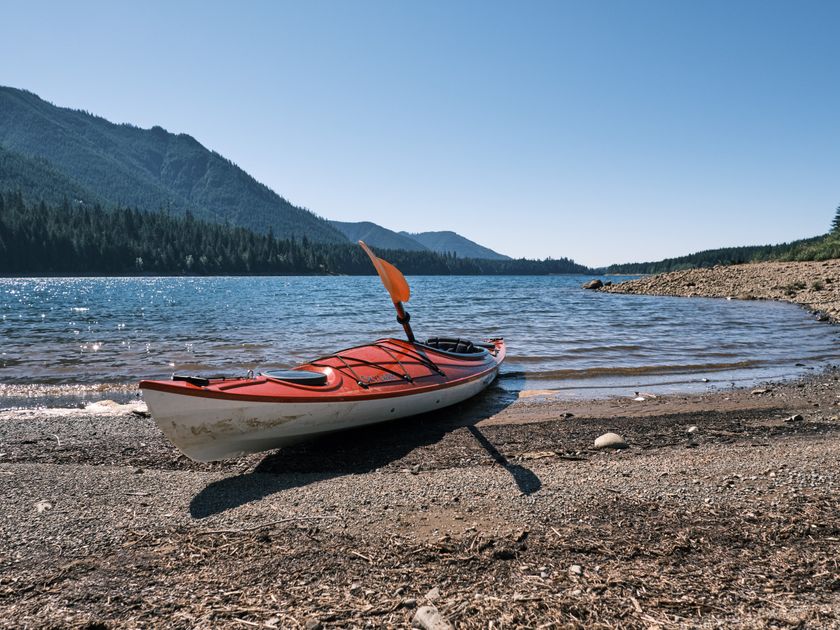 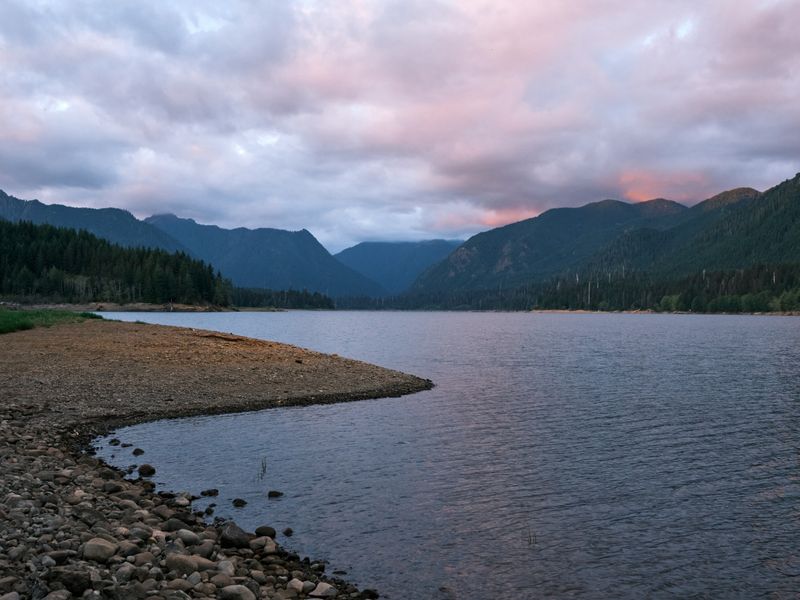 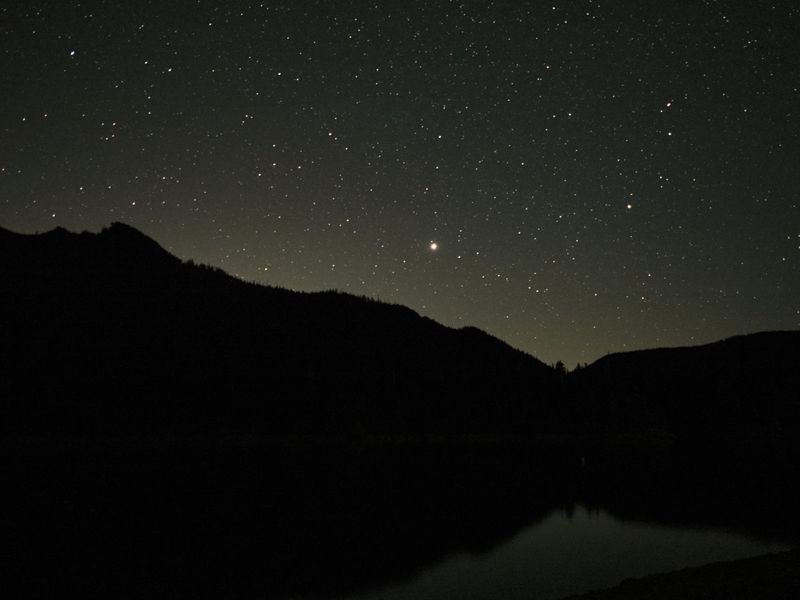